Boys Will Be Boys

Boys Will Be Boys is the sixth episode of the first season of the hit television series, Meerkat Manor.

In Boys Will Be Boys we see that Flower is once again pregnant. With pups on the way she decides to attack and evict her biggest competition: Tosca. Her other daughter, Mozart, who is already banished, watches the events from a distance. When the Whiskers go out foraging they accidently stumble into territory belonging to the Gattaca. The small Gattaca group try to threaten the Whiskers off. But the Whiskers show no interest in Gattaca territory and move on. Youssarian and Big Will remain behind to try to find females, but they are chased off by Gattaca males. Later, Mitch is seen in bad shape. It's assumed he had eaten something dangerous. Jogu, a pup Mitch had previously stolen food from, comforts him.

By the next morning Mitch had recovered from his illness and Flower had given birth to a new litter. When the group leaves to go foraging Mozart approaches Flower and submits to her. Flower accepts her back into the group. Carlos, a Lazuli rover, pays a visit to the Whiskers and ends up mating with Mozart. When Mozart returns to the Whiskers she submits to all the members, but because Flower did not see her mating with Carlos she is allowed to stay in the group. Zaphod takes the appearence of Carlos very seriously and mate-guards Flower, which only annoys her. 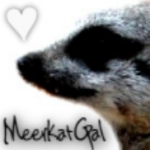