Coop(VCDM034) was born on December 23, 2006 in the Commandos Mob. His mother was Zorilla and his father was Aragorn the dominant couple of the Commandos at the time. Coop had three llitter-mates which consided of his one brother named Whiskey(VCDM031) and two sisters named Murno(VCDM032) and Celidh(VCDF033). All four pups made it threw their first three months. Sadly his father Aragorn was lost on March 5, 2007 and his older brother Ketamine took males dominance next to his mother. Coop wasn't even a year old at the time. He and his litter-mates were the last pups fathered by Aragron. Several months later Zorilla mated with a rover named Jogu and became pregnant. In October of 2007 five Whiskers, Zarathustra, Miles, Baker, Panthro and Karim made their way into the mob while Ketamine, Flash, Jasper, Hector, Danger Wank, Baldersnatch and Moritz left the group to go roving. Coop was too young to go with the males at only ten months old, so he remained in the Commandos.Coop and his brothers were accepted by the Whiskers males since they were still too young to pose a threat.  Zarathustra took male dominance next to Zorilla. His mother then gave birth to Benno, Yara, Cody and Sera in November. Coop's litter-mate Murno disappeared within the same month. Coop reached a year old in Decmber 2007 so he started to care for his mothers' pups and keep a guard post. He also started to join the Whiskers males on roving trips. Coop's brother Whiskey disappeared in April 2008 leaving Coop as the last of Aragorn's sons still in the group. By January 2009 four of the Whiskers males have died along with Coop's mother Zorilla and his younger brother Cody died as well. Panthro, the last Whisker male, took male dominance next to Celidh, Coop's litter-mate. At the age of two Coop started to spent more time roving and was the oldest subordinate male under Panthro. Disease was still present in the mob and Coop started to show signs of TB in early 2009. Coop disappeared in April 19, 2009 after taking to roving. 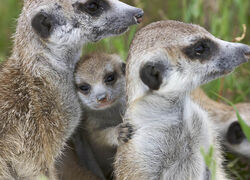 Coop and Zamba with pups 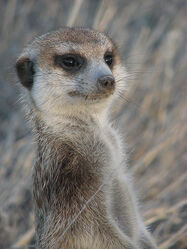 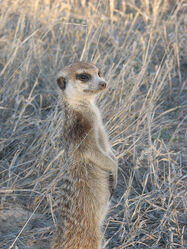 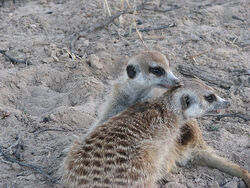 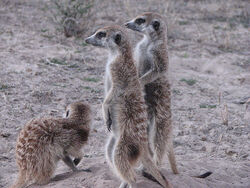 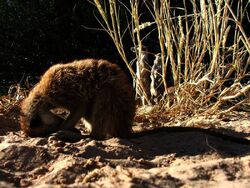 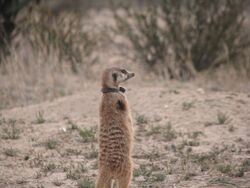 Coop with a radio collar