Hoodwink(VTYF022) was born on September 17, 2009 into a group called the Toyota Mob. Her parents were  Miss Lilly The Pink and Gregan the dominant pair of the group. She had three litter-mates VTYM023, Bamboozle(VTYF024) and Otmar deBunwich(VTYM025).  The four pups survived their first few months and started foraging with the adults. In November, Miss Lilly the Pink gave birth to a litter of two pups in December. Hoodwink lost her brother VTYM023 to predation but she and her two remaing siblings survived to their first year. In September, when Hoodwink experianced her first birthday. She started to help out around the mob with the new pups. Sadly in December 2010 her father Greegan died. His son named Paymister became the dominant male in his place. In April 2011, Hoodwink and Bamboozle were both pregnant. Bamboozle was evicted this and Hoodwink and her sister aborted their litters. However, nobody was prepared for what would happen the next month. Long term dominant female Miss Lilly the Pink was euthenized due to disease. With the death of Miss Lilly The Pink, Hoodwink assumed dominance over the Toyota despite not being the oldest female in the group. In June 2011 her older cousin Kriple Jan died from diseas. In July 2011, a group of JaXX males joined the group while the Toyota males were roving. The males competed or domincne and one of the younger name Rococo became the dominant male. Hoodwink became pregnant but lost her litter to one of the other pregnant females. Rococo was challanged for dominance by his older brothers and was soon overthrown by Snickers, one of the older JaXX males. The group started to lose numbers with the out break of disease. Hoodwink's reign was cut short and she succumed to tuberculosis in October 2011. Her sister, Chimp took dominance after her. 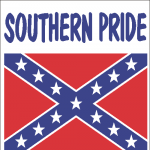