was born on November 22, 2001. Her mother was Vialli and her father was Zaphod. Her litter-mates were Big Will (VWM038), Itchy (VWF039), Scratchy (VWF040), Thelma (VWF041), Daisy (VWF043) and Tarzan (VWM044). A total of seven pups in all. Three months after she was born she lost her mother Vialli. Her aunt Flower won took dominance of the Whiskers beside Zaphod. The whole litter survived to adulthood. Louise and her litter made it to two years old. Louise helped out often with the pups however she started to be evicted by Flower. She was evicted by Flower along with her sister Scratchy, Itchy, Thelma and Daisy and soon disappeared one by one. Louise was the first to disappear on October 28, 2003. 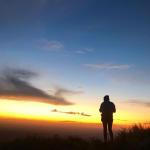