The Make-e-Plan Mob was formed in October 2016 by Pi, Bridget, and Heatherleigh. The three were all former Quintessentials members though Pi originated from the Zulus Mob. They were all last seen in July of 2016 together. Pi and Bridget immediately took dominance and since then the group has been able to raise several successful litters.

Since the group was first found Bridget and Pi have been dominant.

So far the Make-e-Plan have had occasional encounters with the Van Helsing and Ubuntu in the past year. 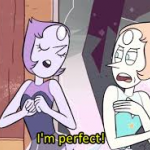