Osprey(VLM076) was born on September 9, 2002, in the Lazuli. His mother was Cazanna, and his father was Basil. His litter-mates were Nibelung(VLM077), Alina(VLF077), and Pancjo(VLM079). They survived their first few weeks and began to forage with the adults. Cazanna kept producing litters, so Osprey and his siblings had to fend for themselves. Nibelung was predated on July 13, 2003; however, Osprey and his remaining litter-mates reached their first birthday. Osprey stayed in Lazuli for three years, helping out around the group by babysitting and keeping sentry. From time to time he would leave the group to rove at other mobs. In 2006, while out on a roving trip, he came across another group that needed a dominant male. He was able to join this other group where he took the position of dominant male.

He joined the Drie Doring, where he took up dominance, but it is unknown if he had joined with any other males. The dominant female was Makonkie, who had recently taken dominance after her mother Mabili, the former dominant female of 10 years, had died. On September 3, 2006, Makonkie gave birth to Loki, Thor, and Mist, who were fathered by Osprey. Their next litter came on February 3, 2007, when Makonkie gave birth to Damian, VDP117, VDP118, and VDP119, but only his son Damian survived out of this litter. Osprey then disappeared, assumed predated, in April 2007 after being the dominant male of the group for some time. After Osprey disappeared the dominant male position was taken by Piripicchio. 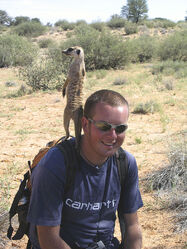 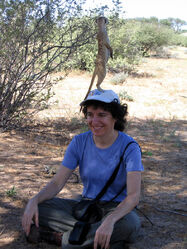