The Urukhai was a short lived mob formed by a splinter group of Baobab meerkats in late 2009. The group was made up of nine meerkats, eight females and only one male that slpintered from the Baobab. Cruise, of Whiskers orginis, became the dominant female with Al Catraz, a wild male from the Baobab. All most all the females were pregnant but all members rejoined the Baobab within a month.

A list of meerkats born or joined the Urukhai.

The Urukhai main rivals were the Baobab, the group in which the splinter had come from. Their territory was within the Baobab's however their other rivals were the Moomins and the Aztecs. Being a small group of nine members, the Urukhai most likely would have reteated and held a small territory. The Urukhia only encounter Baobab. 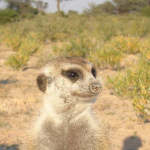 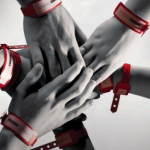